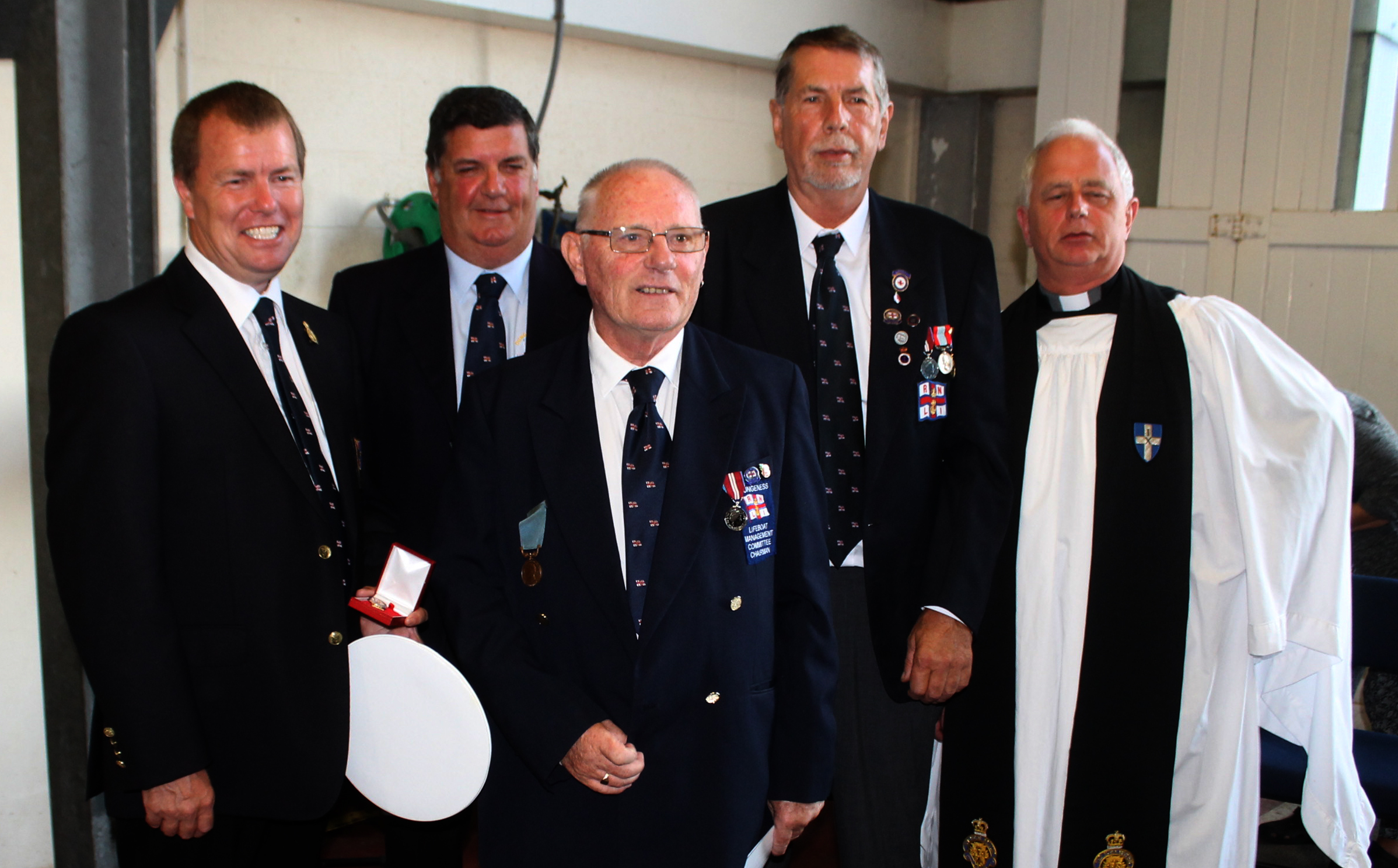 Over a hundred people attended Dungeness Lifeboat Station for its annual re-dedication and blessing on Sunday evening. 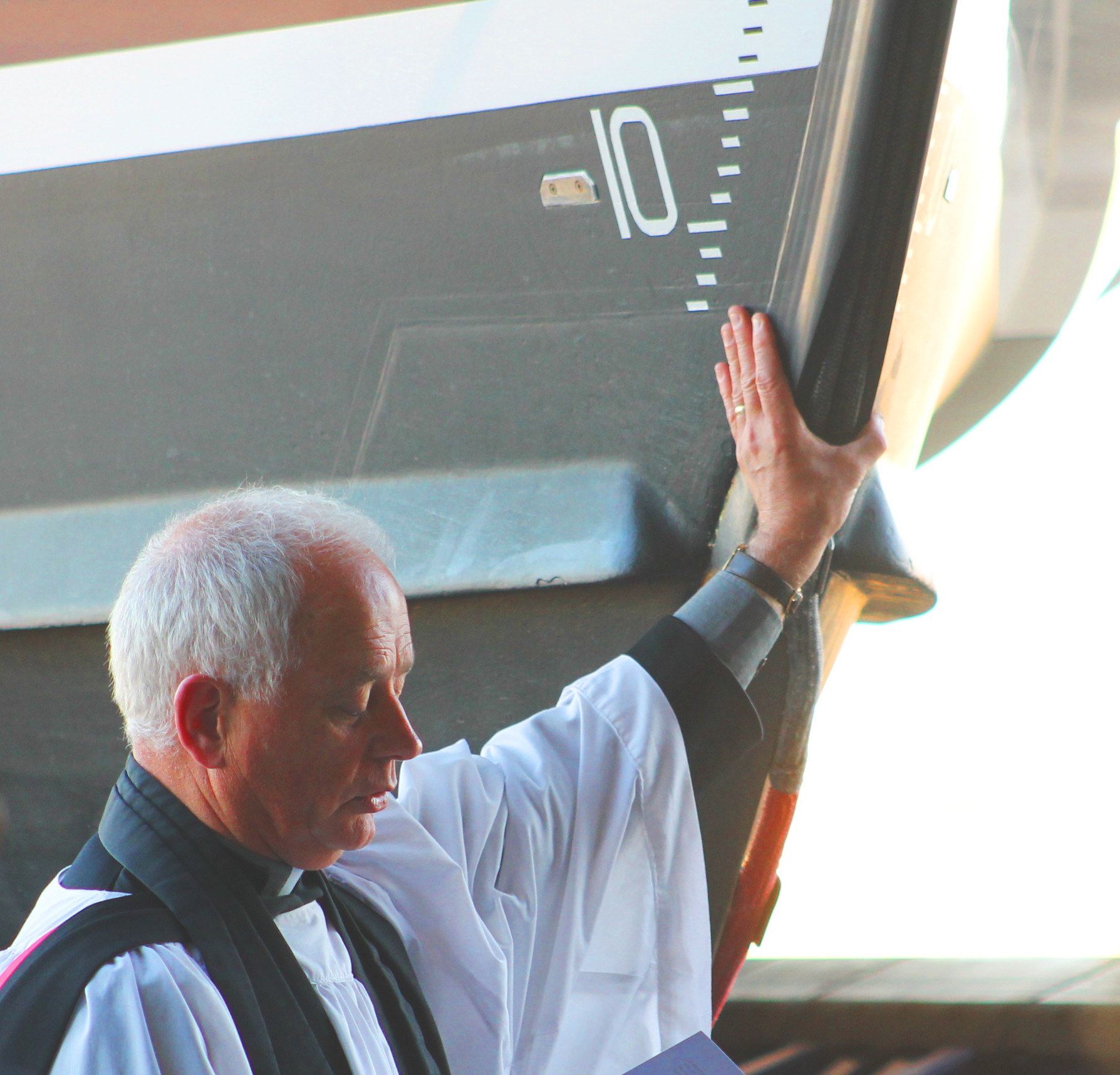 The service was performed by the Reverend Canon Lindsay Hammond, who is the area Dean for Romney and Tenterden.

During the service the Reverend highlighted the busy year the station and crew had, with the added media attention of some very high profile incidents in the area. Along with Roger Gillett the Lifeboat Operations Manager who praised the crew along with all the efforts of the Shore helpers and fundraisers.

Reverend Cannon pointed out that the RNLI nationally cost nearly half a million pounds per day to run, all of which comes from individual donations from members of the public and corporate sponsors. 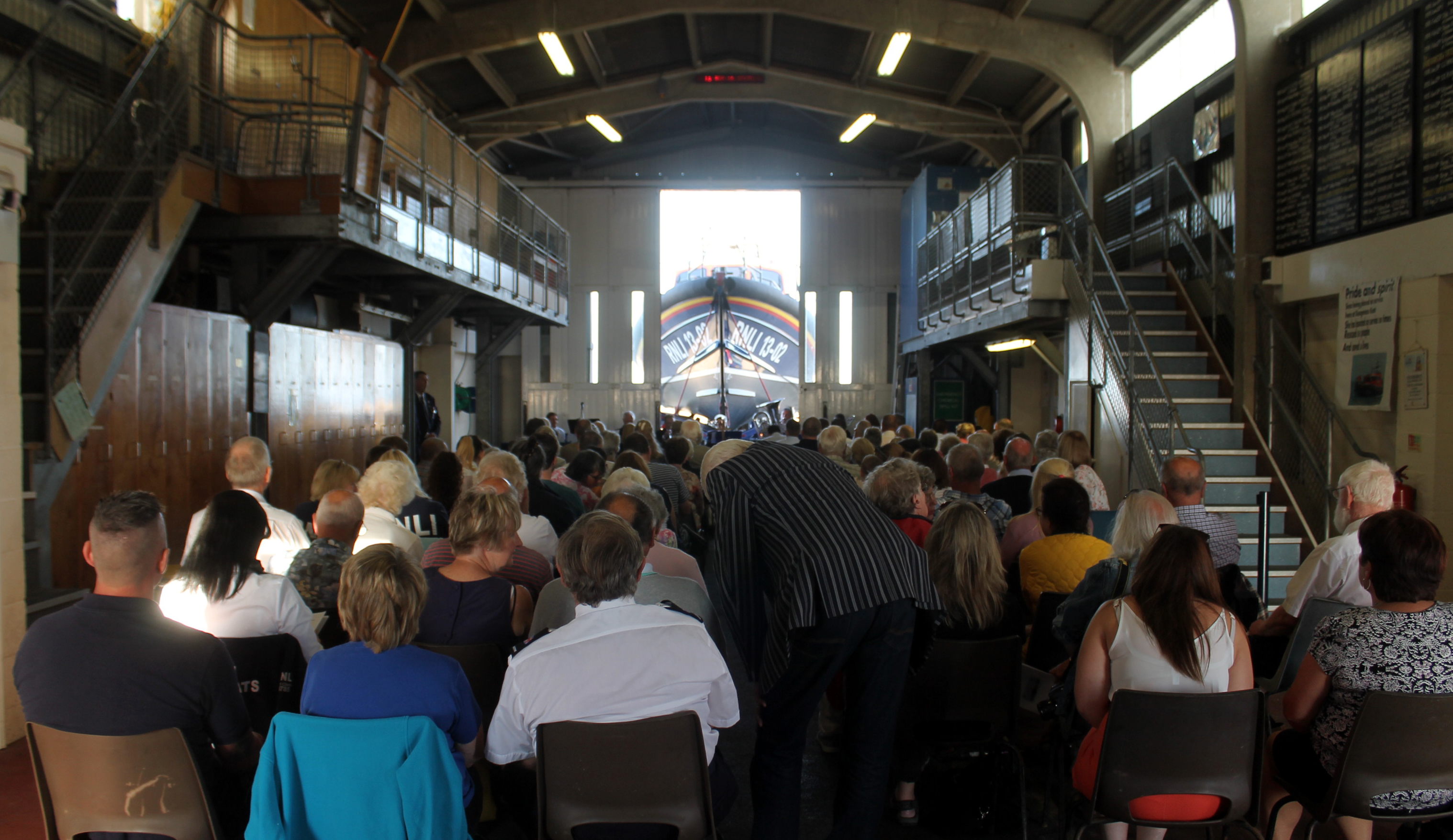 Lydd Deputy Mayor Vicki Dawson read a poem entitled Home from the sea, which summed up the courage of the volunteer crews. 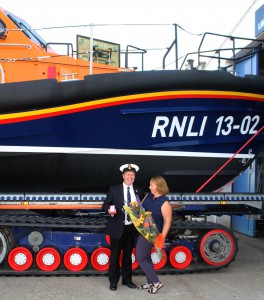 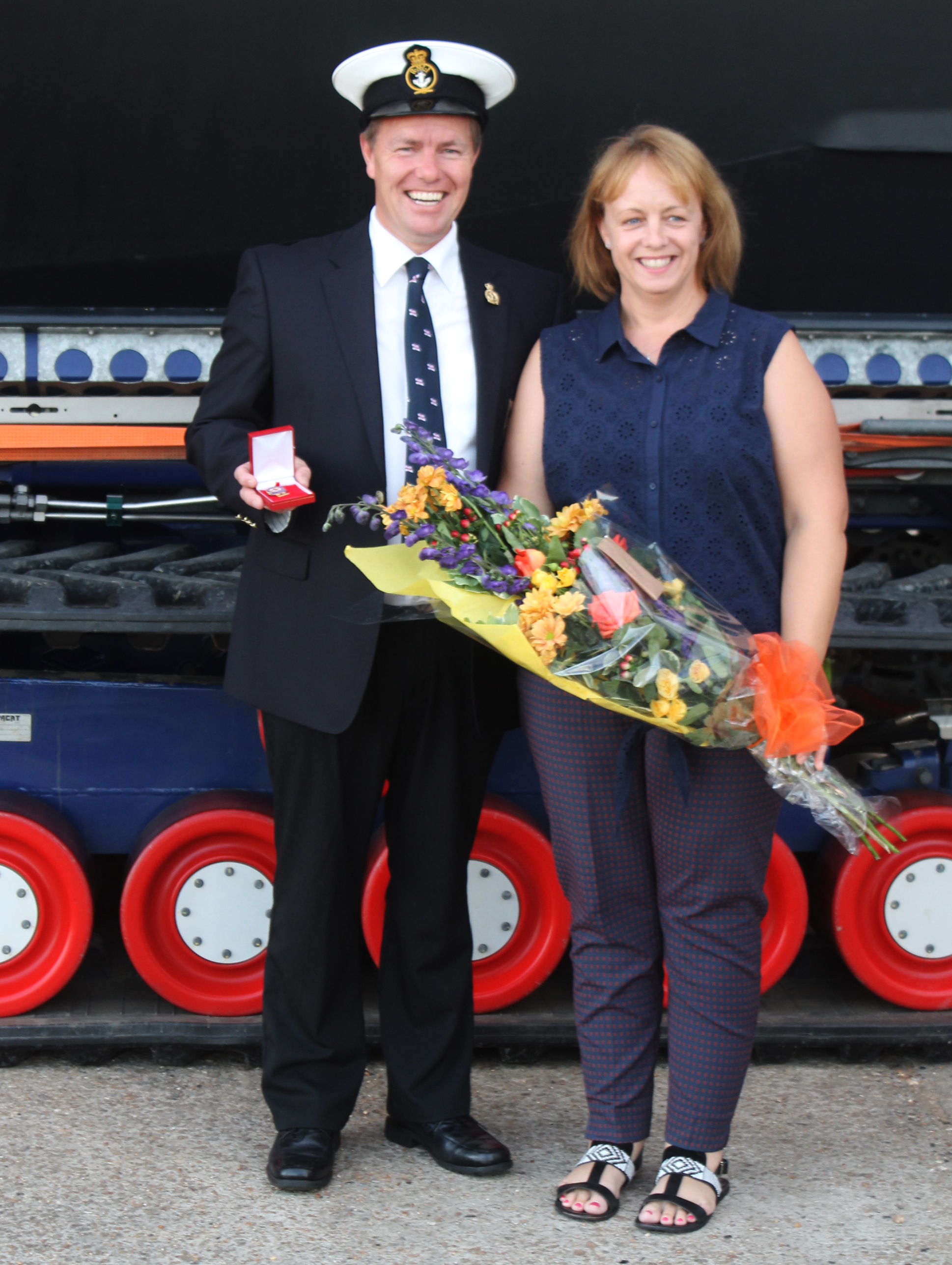 mendations and achievements and Sunday night was no exception, with local Fishmonger Mark Richardson, being recognised by the institution for 30 years service to the station and the institution. Mark was presented with a 30 years medal and is the stations deputy Coxswain. Mark follows a long family connection with the station, with his father being a former coxswain and his brother Stuart also having been a coxswain with the institution. His mother Judith Looked on very proudly as he received his service medal and we should mention for the record that she also has spent many years supporting the institution firstly as a lady launcher and in more recent years as the stations ‘formidable’ press officer.

When asked to make a speech, ever shy Mark just said; “it’s not about me, I am just part of a team!” which just about sums up the amazing work that the RNLI does 24 hours a day 365 days of the year.