It was one small step for man last week – when an astronaut was seen wandering around Folkestone!
Locals seemed very curious as to what this intergalactic visitor was doing in the town, although a little investigation reveals it was all part of a project by local film maker Ben Barton.
The as yet untitled short film was shot on ‘super 8’ cine film, which unlike video, has to be sent to a photo lab to be processed. This means the results won’t be seen for at least a month.
Ben has made many short films in and around Shepway, which were screened at the Folkestone Triennial along with dozens of other festivals around the world.
He said “We filmed along the beaches and other areas of the town. Our ‘spaceman’ was meant to be exploring a desolate planet, so we tried to shoot as early as possible in the mornings – it would be harder with a big crowd watching. But we still got spotted, and people wanted to know what on earth we were doing. It’s not every day you see an astronaut wandering about!”
“We used a replica NASA spacesuit, which are quite hard to get hold of – there’s actually only a couple here in the UK. Just the week before, this very suit was being used on a music video shoot with a big music star. But I’m sworn to secrecy who it was, but let’s just say he is well know for his space adventures!” laughs Ben.
“The breakwater and rocks at Mermaid Beach were a great backdrop and I got just what I wanted, right here in my home town.” Other locations used in the film included the sound mirrors at Denge Marsh, near Dungeness.
“We have lots of great locations in this area, and quite a big community of directors and artists. There are always film events going on at the Silver Screen Cinema and Quarterhouse, along with many pop up events throughout the Creative Quarter. It’s actually a really great place to be a film maker.” 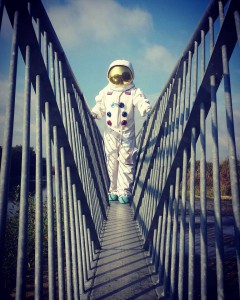 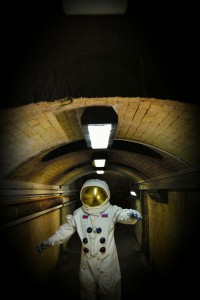 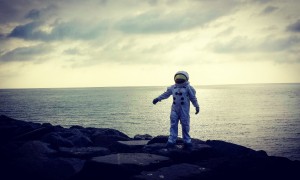 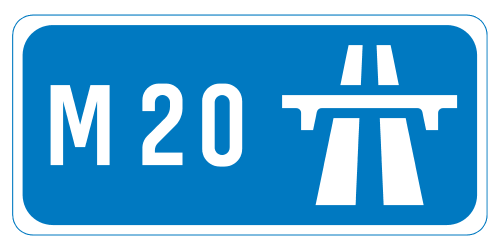 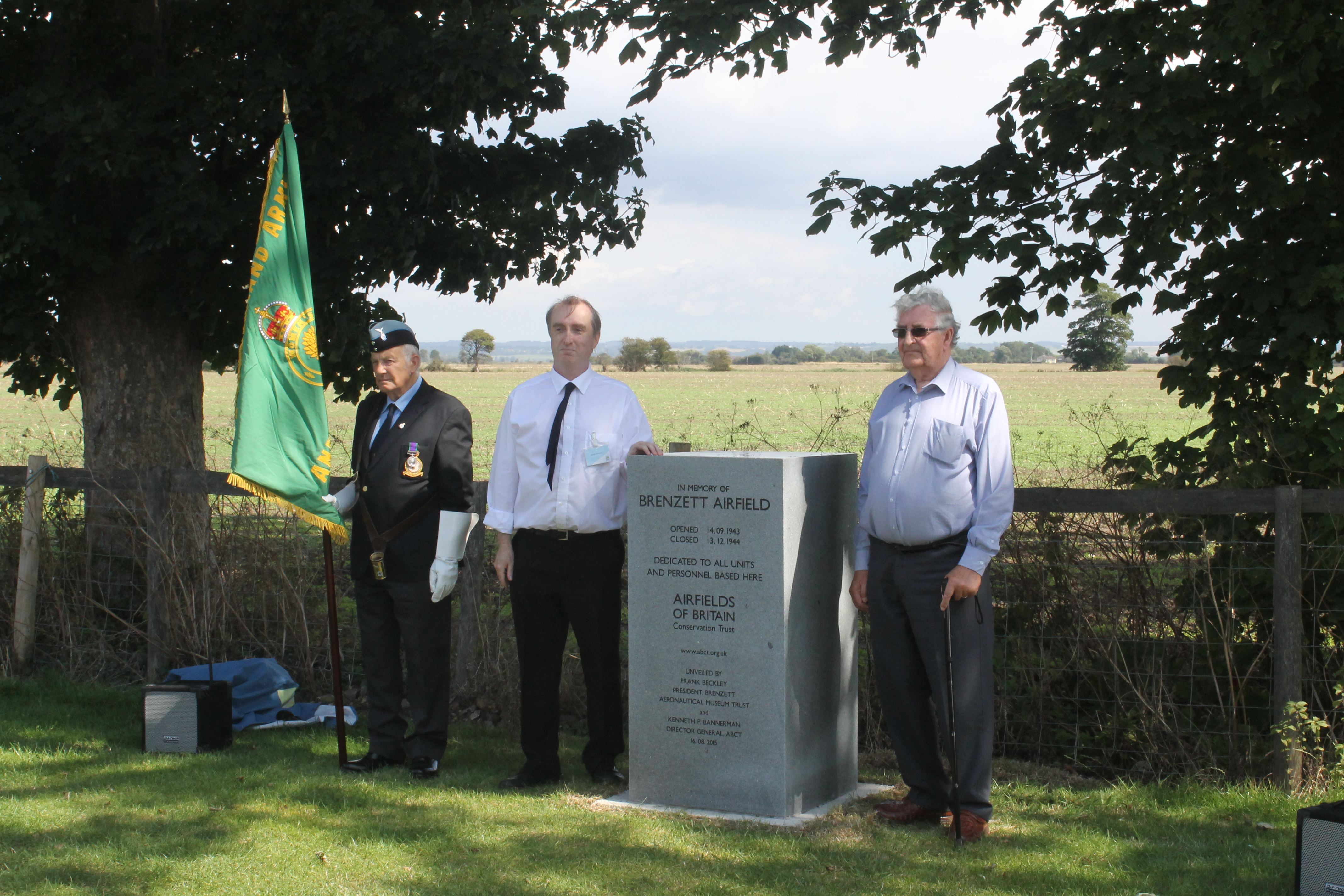 Memorial for a forgotten airfield. 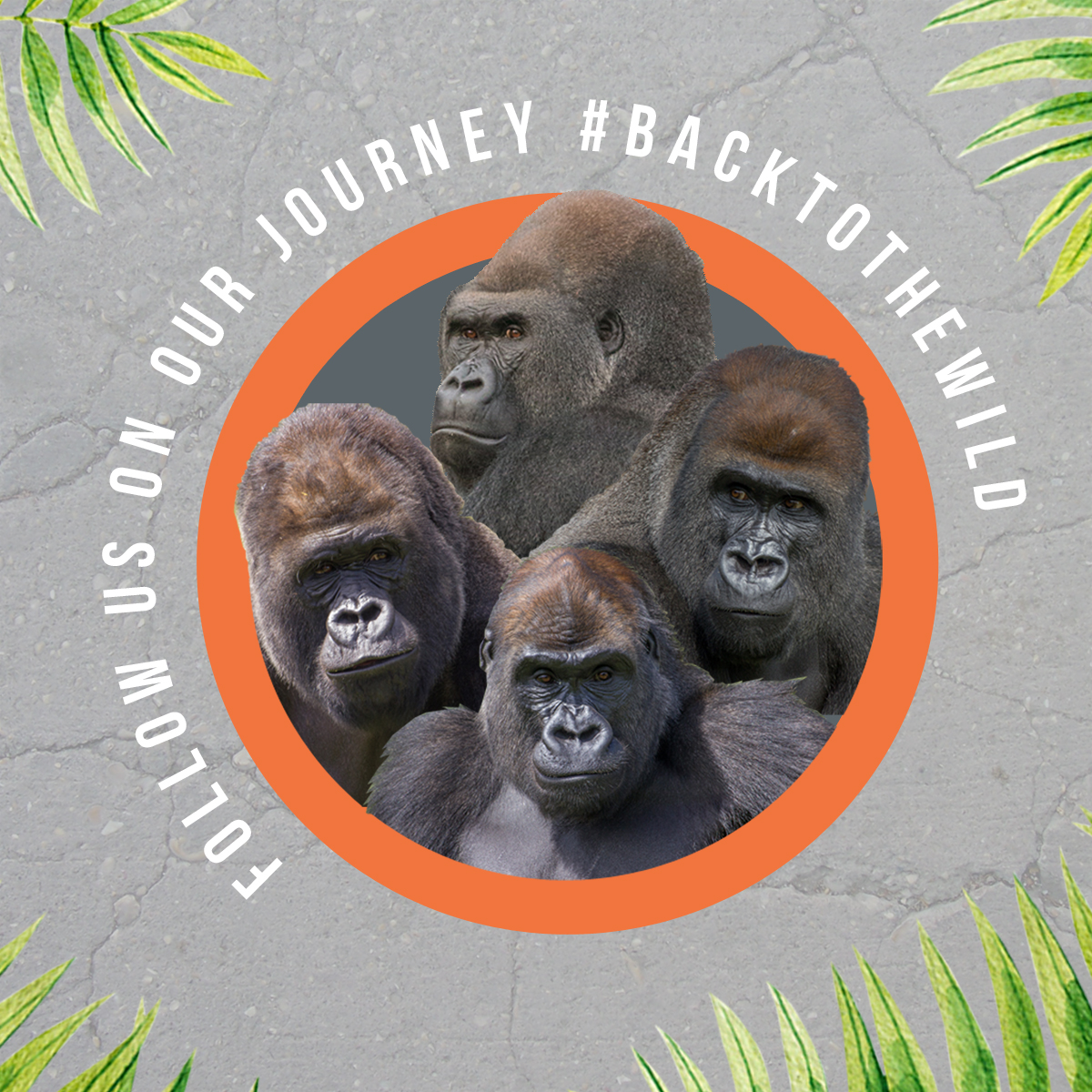