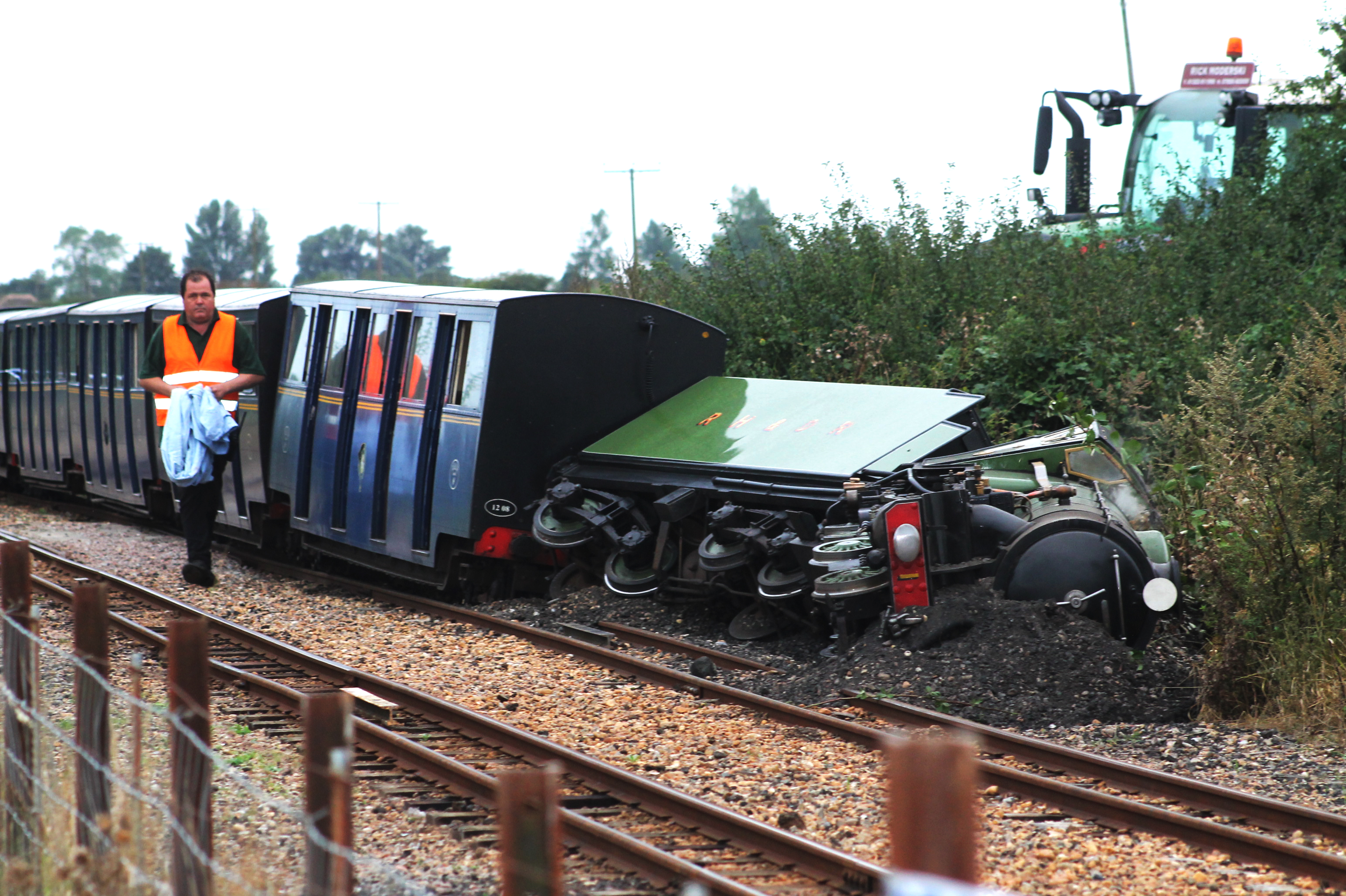 The driver of Green Goddess the Romney Hythe and Dymchurch Railway engine, has been called a hero after doing everything he could do avoid an accident at a farm crossing at Dymchurch on Saturday. 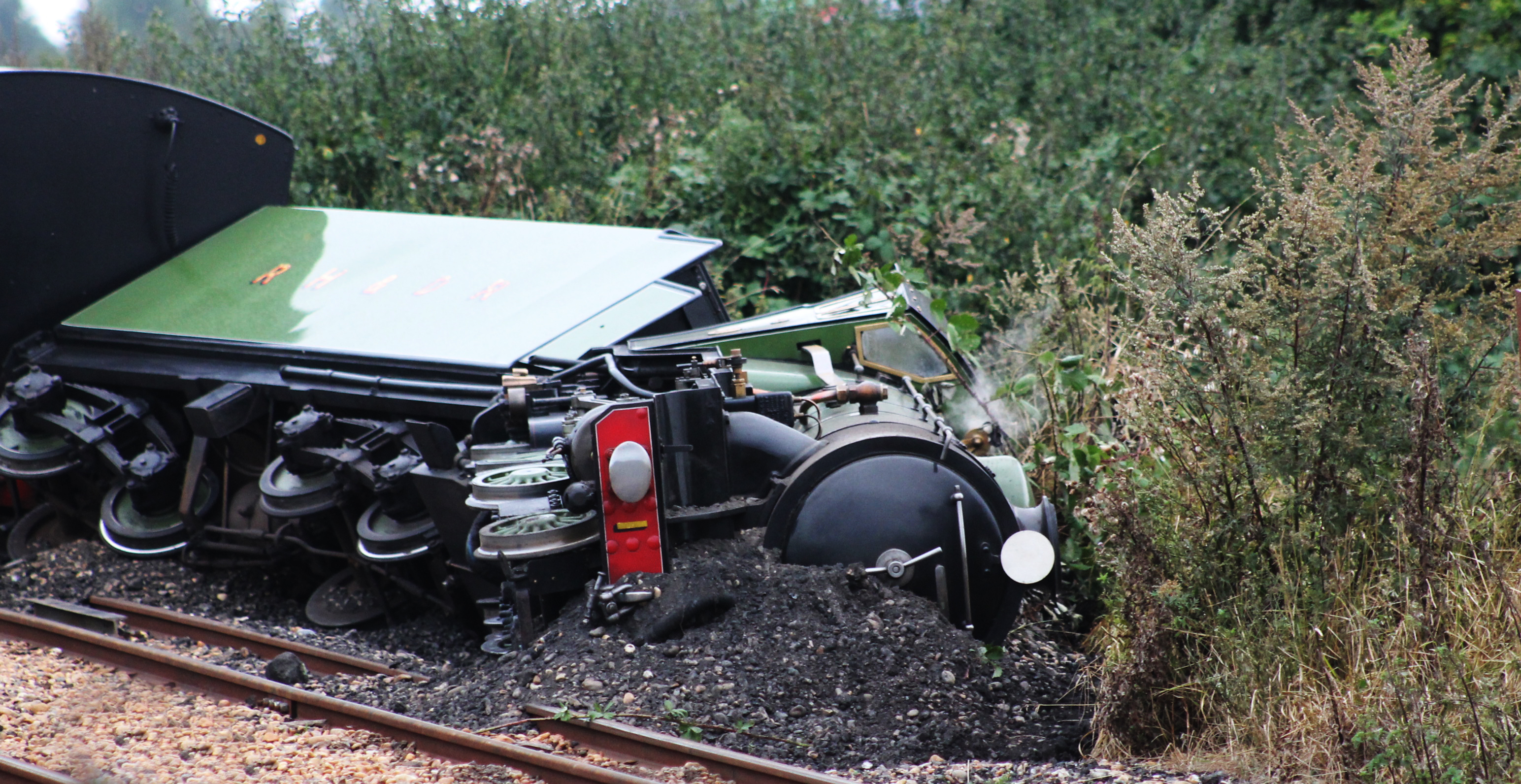 As the engine was heading towards Hythe, a tractor and trailer started crossing the track, the driver blew his whistle to alert him but when he realised that the tractor was not going to stop, he applied the brakes fully on, in an attempt to stop the train.

When he realised that the accident was inevitable, he jumped clear of the cab, at the second before impact, just as the front buffer beam made contact with the weight unit protruding  from the front of the tractor,

The engine turned over on its side and ploughed into the shingle track bed, despite rumours on ‘social media’ The rest of the train was intact, with the first carriage derailed but upright.

The driver straight away went to the aid of all the passengers and helped them to safety.

The unmarked crossings on the railways on farm land have notices stating that slow moving loads crossing should make contact with the railway to ensure that it is safe to cross; at the time of going to press we cannot confirm that a call was made.

The incident was attended to by three police cars, Two Kent Fire and Rescue appliances from New Romney and Folkestone an ambulance along with three ambulance response cars.

Despite local papers putting on social media that the engine No1 Green Goddes was at risk off exploding, New Romney,Kent Fire and Rescue watch manager Alan Brown said; “ The driver and the railways staff made the engine safe and was never at risk of exploding! His fast thinking certainly helped avoid what could have been a very bad accident, luckily apart from some knocks and bruises everyone seemed ok.” 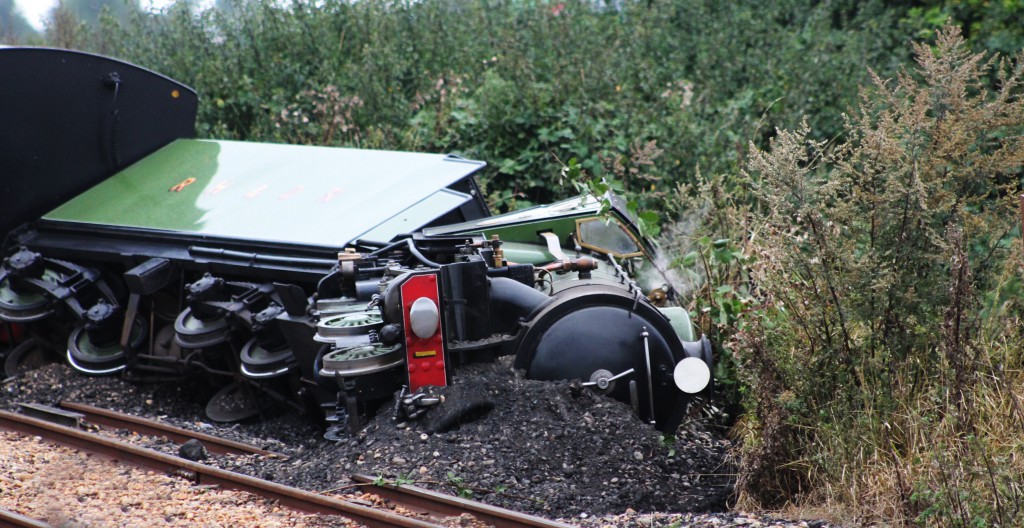 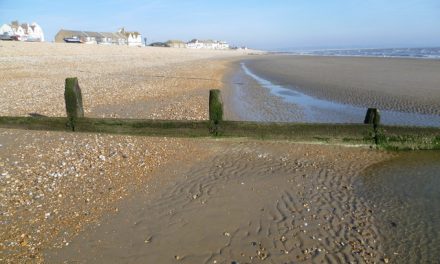 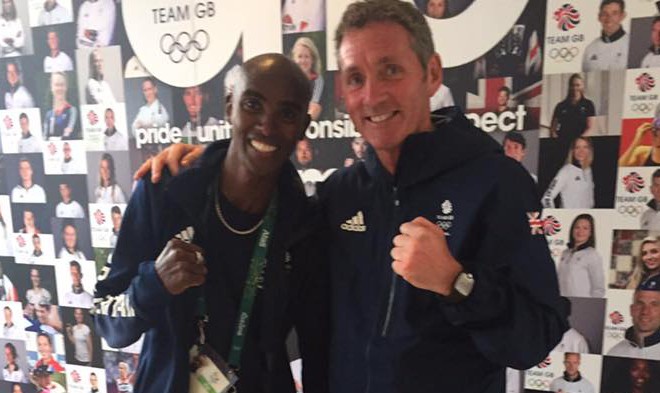