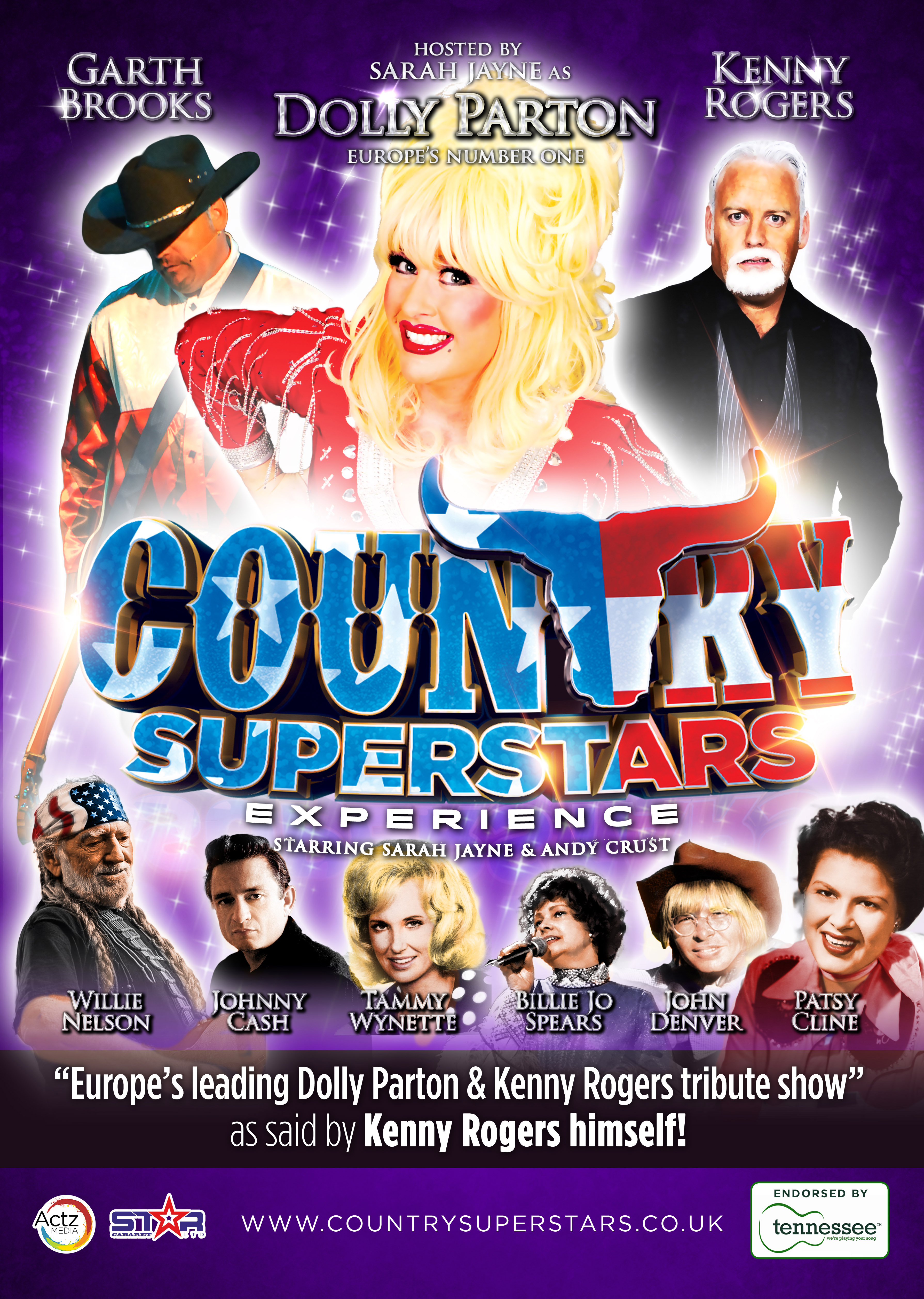 A West End Featured Show Written, Produced and Starring Kent’s Very Own Andy Crust and Sarah Jayne is Coming to Folkestone’s Leas Cliff Hall on the 24th.
The Couple that have been touring around Europe and beyond for over 2 decades are seeing this one as their home coming show! Andy Crust is affectionately known as the “Man With Many Voices” And was named in the New York Times “Top Ten Must See Impersonators before you Die” for his Frankie Valli and Friends Show. Kenny Rogers also named Andy as “Europe’s Leading Kenny Rogers Impersonator” and put this on his very own website. He also presents a TV Show that is broadcast on the Foxtel Network in Australia called the Tribute Show.
Andy originally from New Romney and Former Southlands Pupil (now known as Marsh Academy) Says it all began at the Leas Cliff Hall over 25+ years ago winning “Search for a Star” so to go back in my own written show is something quite special.
Sarah Jayne originally from Kent is Europe’s Leading Tribute to Dolly Parton and is proud to be sponsored by the Tennessee tourist board and is the ONLY Dolly used on Dolly Parton’s 2011 and 2014 world tour. She has been a professional impersonator for over 22 years.
Country Superstars Experience is an emotional theatre experience that pays loving tribute to the past genre of Country Music.
Spot on impersonators of some of the biggest acts in country music history take the stage in a show that’s a must see for everyone from casual to avid fans.
A versatile array of Country Superstars take the stage and stun the crowd with impersonations of icons including Garth Brooks, Willie Nelson, Billie Jo Spears, Patsy Cline, Tammy Wynette, Johnny Cash, John Denver, Kenny Rogers and of Course the Queen Herself DOLLY PARTON who host this 2hr Show.
Each impersonation captures the sound and stage presence of the artist they’re paying tribute to so accurately that you’ll believe you’re seeing the genuine articles do their thing onstage even if they are no longer with us anymore.
Even more impressively every note from every classic and current hit is played and sung live onstage each tribute artist brings the same energy that the real life icons delivers in their live shows.
Meet and Greet Dolly and Kenny after the show to end this wonderful Country Superstars Experience
This show is not to be missed…
TO BOOK CALL    0844 871 3015