the beautiful village of Woodchaurch was host to goal running

Goal running made a return to the kent countryside in the idyllic setting of Woodchurch on yesterday, in a charity event organised by the Woodchurch Village life museum. The sport which had a massive following in Kent and East Sussex died out in the late 1940’s and was almost forgotten.
Vivian Vidal sent The looker a press release about the re enactment of this rural past time and in return we sent her some information published in edition two about goal running on the Marsh. even the referee seemed a bit perplexed in what was meant to be a friendly game between the Ashford Barbarians Rugby club and the Maidstone Hockey club.
From what we could gather, sat in the gazebo enjoying a lovely glass of wine and a superb three course country lunch, the two teams have a starting flag and have to run around an opposite flag. Parallel to this the opposing team do the same, no points are scored by completing a run , however a runner can choose try and score a point by successfully running diagonally across the ‘pitch’ around the opponents flag. The opponents then have to try and foil this by firstly running around their own flag and then chasing after the attacking team and tagging them or as it is technically called ‘stroke’ them (in a British Bulldog style).
The game is very fast moving and tactical runs and dummy’s made for an interesting game.
The games ended when one team had scored seven strokes and in the past could run for well over an hour
The Looker hopes this is not the last time this is re enacted and hopes that maybe next time we could organise a team from the Marsh to take on the Woodchurch teams.
We would like to thank Vivienne and the hard working team who organised this fantastic event along with the other fete stalls which made for a fun afternoon. 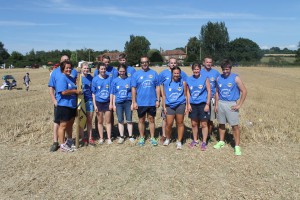 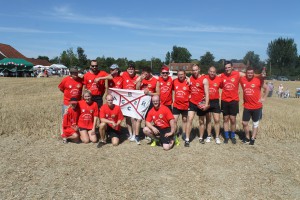 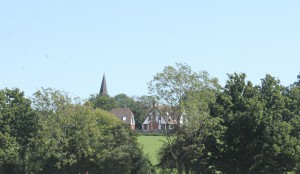 the beautiful village of Woodchaurch was host to goal running 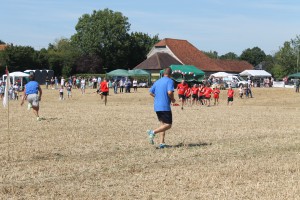 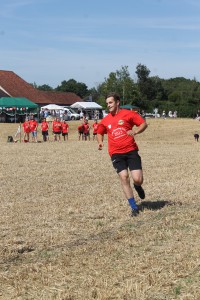 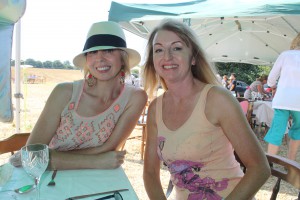 goal running at woodchurch ladies from the looker 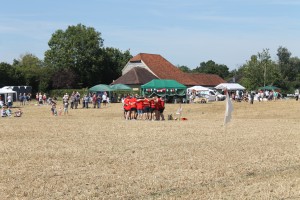 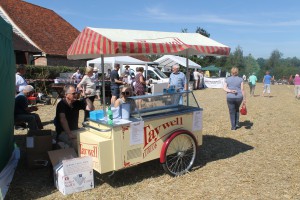 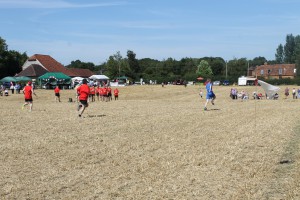 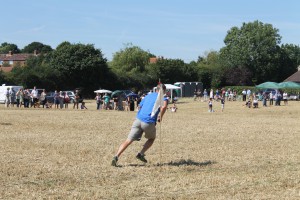