Littlestone lifeboat was launched tonight to help out a local sport fishing boat which was suffering engine troubles 8 miles off of the Lifeboat station This evening.
The coastguard paged the crew just after 7.00pm tonight (Thursday) and the crew launched The Atlantic Class Lifeboat ‘Fred Clarke’ to assist with towing the boat back to the boat club. No Lives have been reported as being at risk and at the time we issued this News release the Lifeboat is on scene with the vessel under tow.
This is the tenth time the boat has launched on service since the end of May.
The volunteer Crew Train every week for a number of scenario’s with the towing of boats being one of the most common exercises. 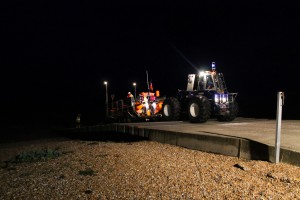 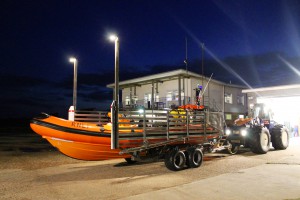 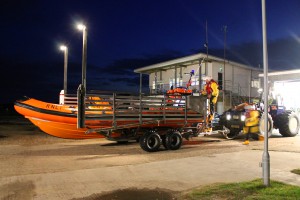 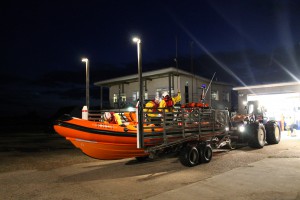 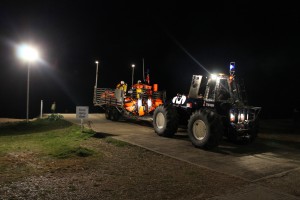