I believe that we will very soon have an agreement on a solution to Operation Stack. Following the chaos on Kent’s roads this summer it is clear that we cannot go on as we are with the M20 closed for three to four days a week, for weeks on end, and the general gridlock that causes on many of the county’s other key roads. We have lobbied government Ministers that when there are delays holding up traffic through the Channel Tunnel or Port of Dover, then we must have a solution that still keeps our motorways and major roads open. Last Friday, along with other Kent MPs, I met with the Transport Minister, Andrew Jones, at County Hall in Maidstone, to discuss the current Operation Stack crisis. Kent County Council, Kent Police and Highways England were also represented at the meeting. I made clear that we needed solutions to Stack that could be implemented now, and that should include any currently available sites for emergency off road lorry parking. I also asked that Highways England should look again, at the proposal they rejected last week, to run a contraflow system, or similar on the M20 motorway during

Operation Stack, so that there can always be two way movement of traffic, even if this is a restricted service.

Over the weekend I had further discussions with Ministers as the government’s work continued into investigating the best viable solutions should Operation Stack be brought back again this summer. This work has included detailed examination of the viability of holding lorries waiting to be called to Dover, at Manston Airport and Ramsgate, and to use a site at Ebbsfleet to hold those heading to the Channel Tunnel. The availability of these sites would mean that lorries would wait to receive their movement orders at locations off of the roads network, rather than closing large sections of it down. In addition to these measures, would be the opportunity to run a contraflow system on the M20, if required, to keep the traffic moving. These are all measures that I have been pressing for the government to consider over the last few weeks.

Last Friday I also met with Lorenzo Zaccheo, the Managing Director of Alcaline International Haulage, based at the Lympne Industrial Estate. On his behalf I have asked the Transport Minister and Kent Police whether local businesses moving freight through Dover and the Tunnel could have their lorries wait at their depot, before receiving movement orders, rather than being forced to make lengthy round trips sitting in Operation Stack.

In Calais, the new high security fencing that has been supplied by our government should all be in place to protect the Channel Tunnel by this weekend. This will provide far greater levels of security, stopping migrants gaining access to the trains and tracks, endangering lives and disrupting services. This problem has been one of the major causes of Operation Stack this summer, and better protection for the Tunnel will help us all in Kent. The French authorities have also now supplied significant extras resources, including riot police, to protect the perimeter of the Tunnel. 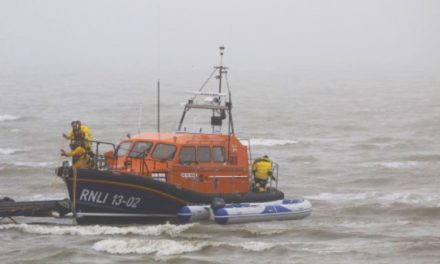