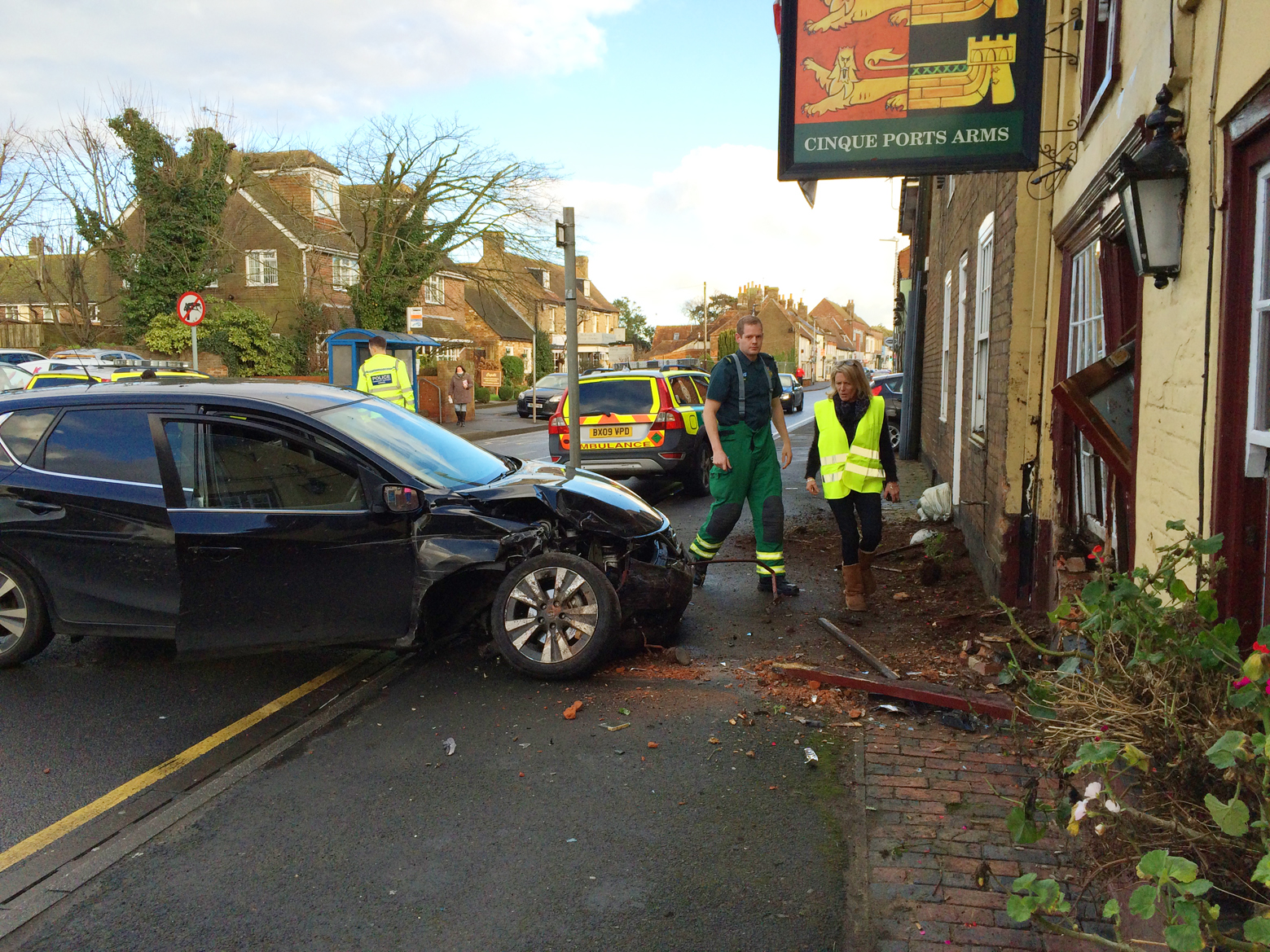 It sounds like the start of a bad joke… ‘a car went into a pub’…However, for one driver it was a very serious matter when the car he was driving smashed into The Cinque Ports Arms Public House in New Romney on Wednesday 6th January 2016.
Although no one was seriously hurt the 16th Century pub sustained serious structural damage.
The accident happened shortly after 1 pm with no one reported injured with an ambulance and two ‘SECAMB’ response cars attending the scene, police took over the accident control and directed traffic.
One witness told The Looker; “I don’t really know what happened, the guy was driving in the direction of Old Romney when he swerved and mounted the pavement before spinning round straight into the wall of the pub, he hit it with a hell of a thump and I just heard a loud bang!”
Luckily there was no one sitting by the window at the time of the accident. The startled bar staff called the emergency services-who arrived quickly on the scene. Local builders arrived mid afternoon to secure the building, which will require structural damage checks before any full time restoration can take place.
The proprietors of the pub are believed to be currently on holiday.
The driver of the Nissan car has been arrested in connection with the crash. 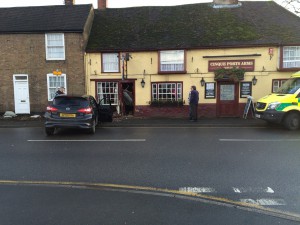 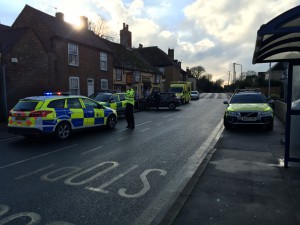 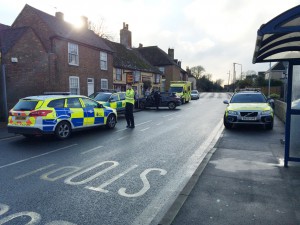 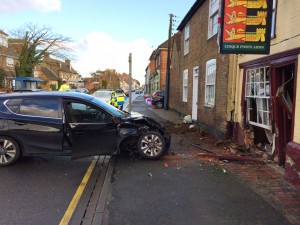 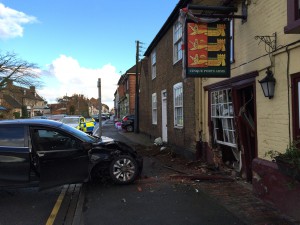 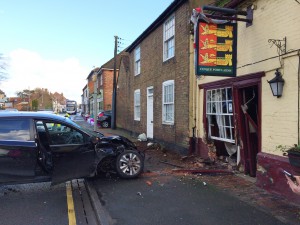 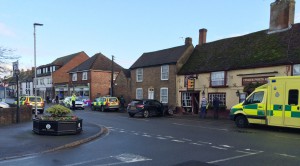 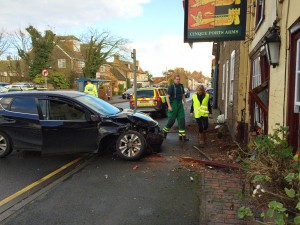 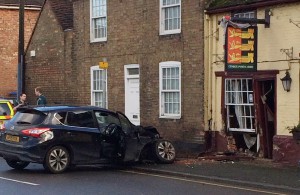 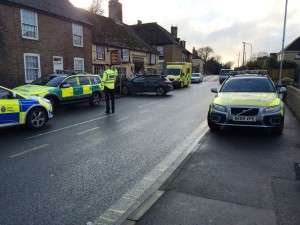 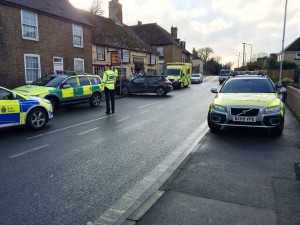 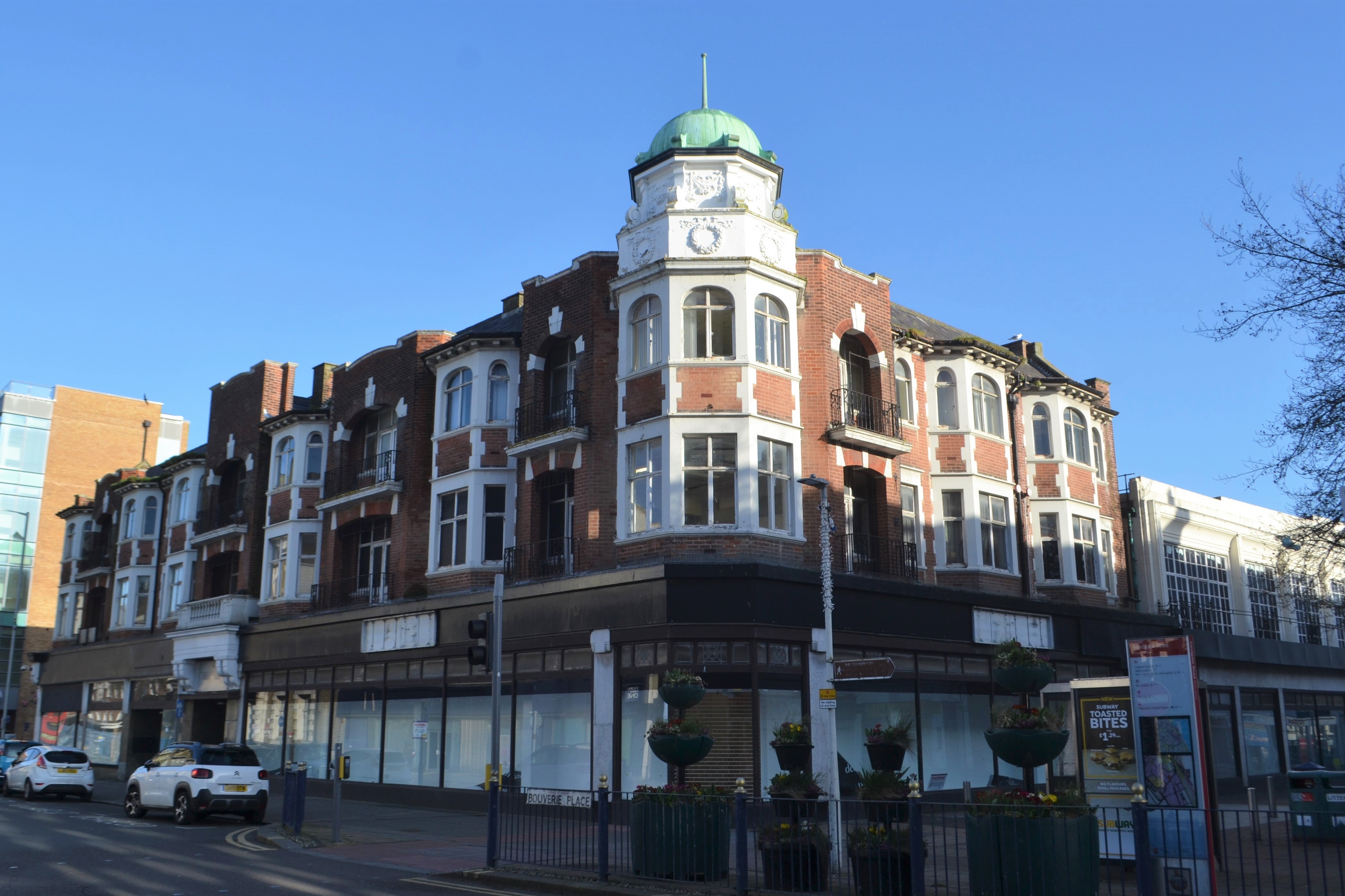 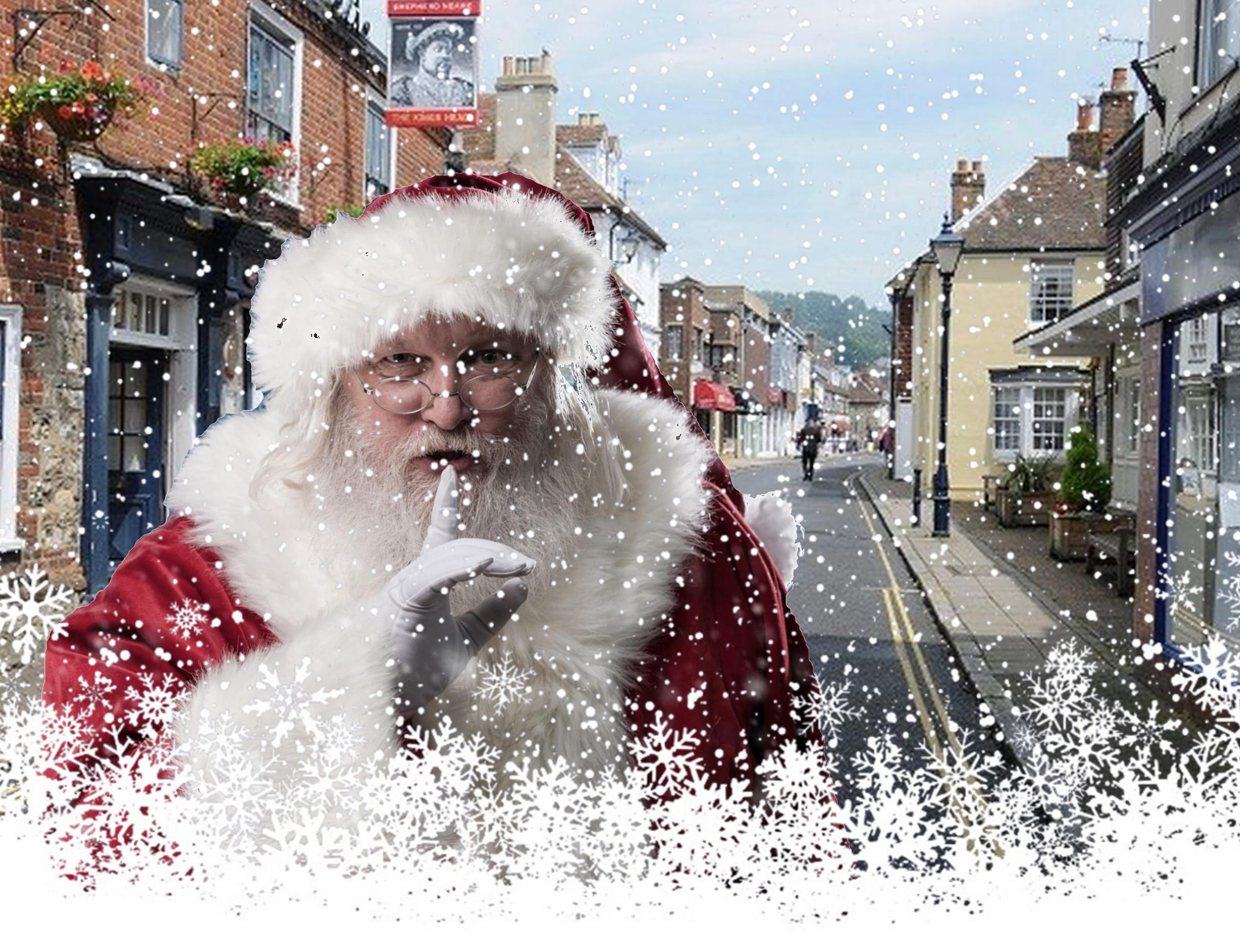