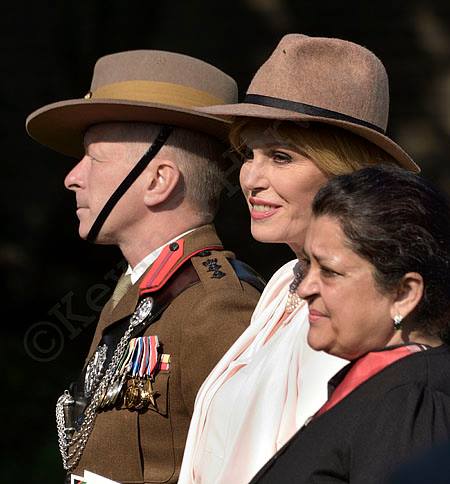 Sunday by Joanna Lumley, with Sujata Koirala, the First Lady of Nepal and leader of the Nepali Congress, also amongst a number of distinguished guests.

The statue which stands in the town’s Garden of Remembrance was sculpted by Rebecca Hawkins who was also present for the unveiling. This day was the culmination of five years work by Dhan Gurung and everyone involved in the Gurkha memorial fund.  Together they have raised over £70,000 to make possible this important tribute to the sacrifices made by the Gurkhas as part of the British armed forces over many years. This memorial also stands in tribute to the individual members of the Brigade of Gurkhas who have lost their lives in recent conflicts, particularly in Afghanistan.
The large number of veterans from our armed forces and other local residents who joined the Gurkhas and members of the Folkestone Nepalese community for the unveiling, demonstrated as well just how much the town has taken the regiment to its heart. The Gurkhas are our home regiment, and whilst the memorial statue depicts a soldier looking out to the east, his feet are planted firmly in the Garden of England.
On Thursday last week I held my third annual jobs fair at the Leas Cliff Hall in Folkestone. The fair was the biggest we have held yet with fifty exhibition stands; nearly double the number we had at the first jobs fair. These included some of our major local employers, like Saga, Dungeness power station, H.V. Wooding and Port Lympne, as well as colleges and training providers. We also had recruitment representatives from all three branches of our armed services.
It was great to see job seekers of all ages there and groups from local secondary schools. We have seen a strong performance in our area over the last three years in terms of job creation, with the overall unemployment rate now well under half of its peak during the recession. I know from speaking to the employers in the room at the Jobs Fair that they had scheduled interviews for people they had met on the day, to fill current job vacancies. We also had a particular feature on apprenticeships and it was great to meet Joe Kent who recently won the KEIBA award for Kent apprentice of the year. Joe is now in full time employment having completed his apprenticeship and is an excellent advocate of these schemes, which can provide a great route from education into work. 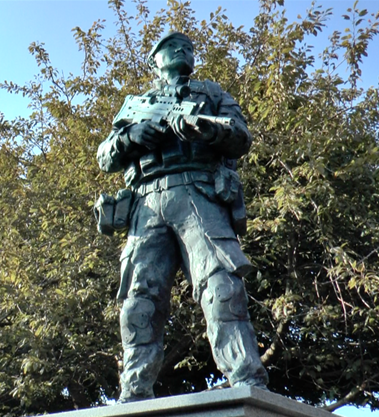 Last Thursday I also attended a meeting at County Hall in Maidstone, to discuss the ongoing work being led by Highways England to improve the management of road traffic and freight in Kent, as well as providing a long term solution to Operation Stack. The scale of the crisis on our roads in July and August of this year must never be repeated, and a considerable amount of work as been carried out behind the scenes since then, on finding the best long term solution. I expect that we will have more to report on this in the next few weeks.