The House of Commons returned this week after the summer recess and business has been dominated by the consequences of the migration and refugee crisis in Europe; an issue we have also been working on over the last few months. I was in the chamber on Monday to listen to the Prime Minister setting out the package of support that Britain is putting in place for those genuine refugees, fleeing from war zones and persecution in countries like Syria. It is right that we look to provide shelter to people in need, and Britain will offer support to 20,000 refugees from Syria. David Cameron was right though to stress that these will be people from the refugee camps in the middle east, and that have been checked in advance by the United Nations to ensure that they are in genuine need. 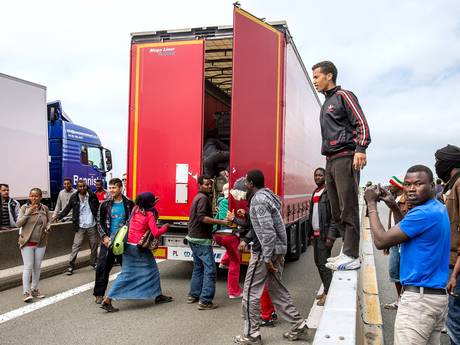 We need to be delivering humanitarian support on the ground, close to the countries that are affected by war and terrorism; and Britain is one of the leading providers in the world of this vital aid. The message needs to be clear that help is available there, and it is not worth risking your life trying to travel across the sea and through Europe, with no documents, and relying on unscrupulous people smugglers. For Britain to simply grant asylum to all those waiting at Calais to come here, would encourage even more people to make that perilous journey. We also need to be prepared to do whatever we can to close down the terror gangs in Syria and Iraq who are not only driving people in desperation from their homes, but plotting terror attacks across Europe. This means considering a military response, when it is clear that is the only effective intervention available.

The strike by ferry workers in Calais that has done so much to disrupt services from the Port of Dover and the Channel Tunnel this summer, was finally settled last week. A deal has been brokered by the French government between the Unions, the ferry operator DFDS and Eurotunnel which had led to an immediate end to industrial action. This is good news for motorists and freight operators in Kent, as the threat of new demonstrations by the ferry workers, which could stop services and lead to the introduction of Operation Stack, has been removed. In July, when I met with the Home Secretary Theresa May, along with other Kent MPs, we asked that our government do all it could to urge the French authorities to bring an end to the strike. This has now been achieved. Our other request at that meeting was for additional security to be introduced by the British and French authorities to protect the Port of Calais and Eurotunnel at Coquelles from disruptions from striking ferry workers, or migrants trying to enter the UK illegally. Again, there has been a significant investment in new security fencing and policing at these sites which has reduced disruptions and prevented the re-introduction of Operation Stack.